The media in Jacksonville, at the time of Ax Handle Saturday, was segregated. If mainstream media outlets covered the Black community, it was very minimal and relegated to back page news. The lack of local coverage of the violence on August 27, still looms largely over this story. People around the country were made aware of the violence long before most people living in the city. Then, as now, Black-owned newspapers provided coverage. The Florida Star led the way in regional coverage of the sit-in demonstrations, the violence that would ensue, the ongoing demands for the appointment of a Biracial Committee, the actions (or inactions) of government, the progress of the picket line, and the eventual move to desegregate the lunch counters and other assets throughout the city.

In recent days, the Florida Times-Union Editorial Board published an official apology for their lack of journalistic integrity in 1960, exclusive of the lack of covering this history for decades. An apology, 60 years in the making, tainted with issues that need to be addressed on their own.

Fast forward to the Summer of 2020 and the widespread use of social media, in all its rarest forms, that shows a somewhat different media landscape which allows citizen coverage of violent attacks on Black bodies and the unrest that has rocked communities coast to coast. And with this form of media, it finds itself under attack from administrations that would rather not have a bright light shined upon their work. 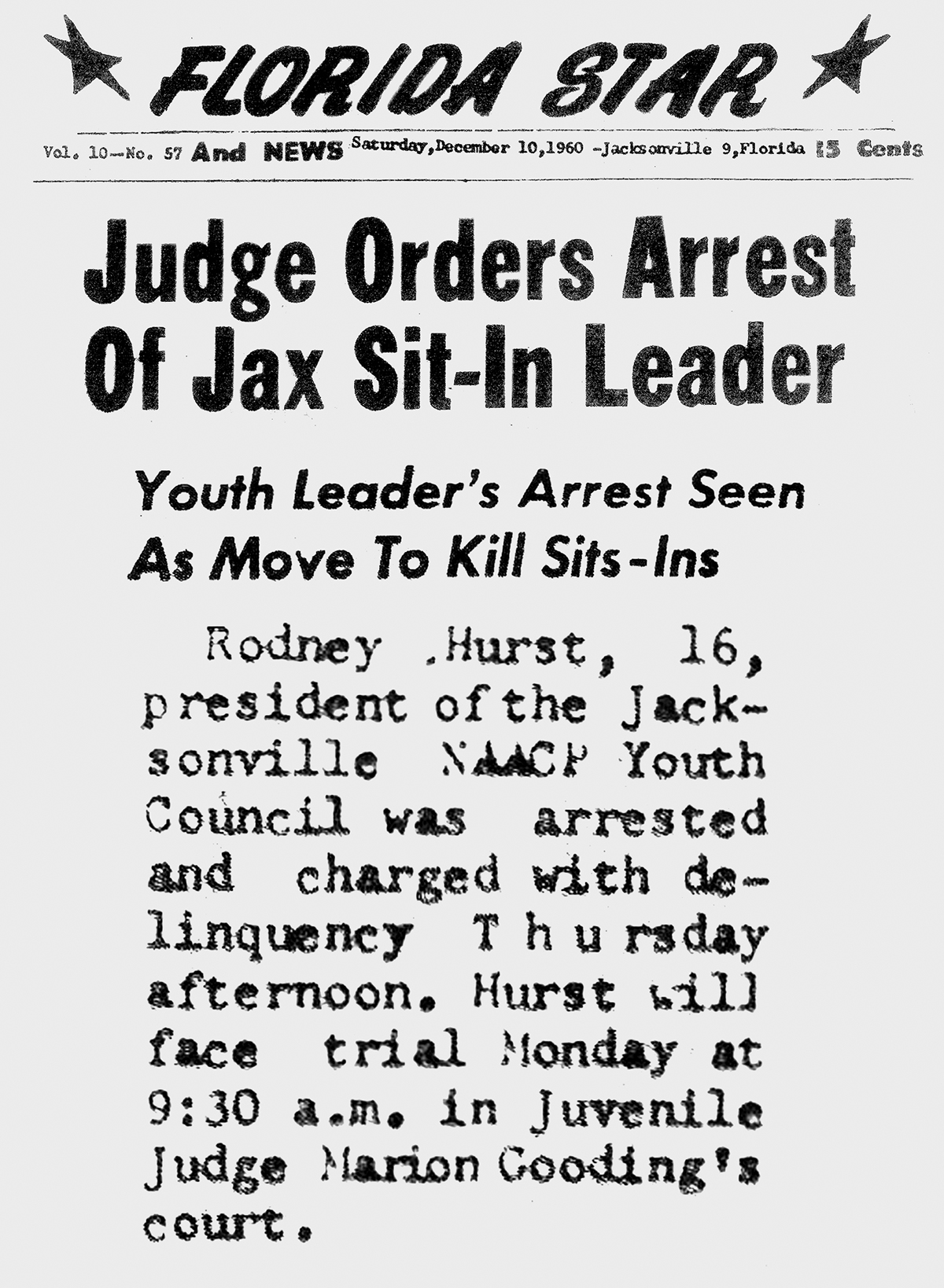 Judge Orders Arrest … the banner headline of the Dec. 10, 1960 edition of the Florida Star displayed Hurst as the leader of the sit-in demonstrations who had been arrested as a way to ‘kill sit-ins.’ Hurst was arrested while attending classes at Edward Waters College.

“Whites did not want to read about Blacks in their daily newspaper, and the Florida Times-Union apparently accommodated them. Conversely, Blacks never saw themselves objectively included in the Times-Union newspaper, which some would say is akin to American history devoid of relevant contributions by Blacks.”

Historically, the Florida Star newspaper was the only local media covering the events leading up to, during and post Ax Handle Saturday… The Florida Star has been a constant provider of information on the struggle of racial injustice which is evidenced throughout each weekly edition. The Florida Star prides itself on being different from the majority, white press, and although we may cover some of the same issues, the Florida Star‘s viewpoint comes from a Black perspective and offers more in-depth coverage. The struggle for racial equality continues and the Black press is key to bringing attention across the globe. 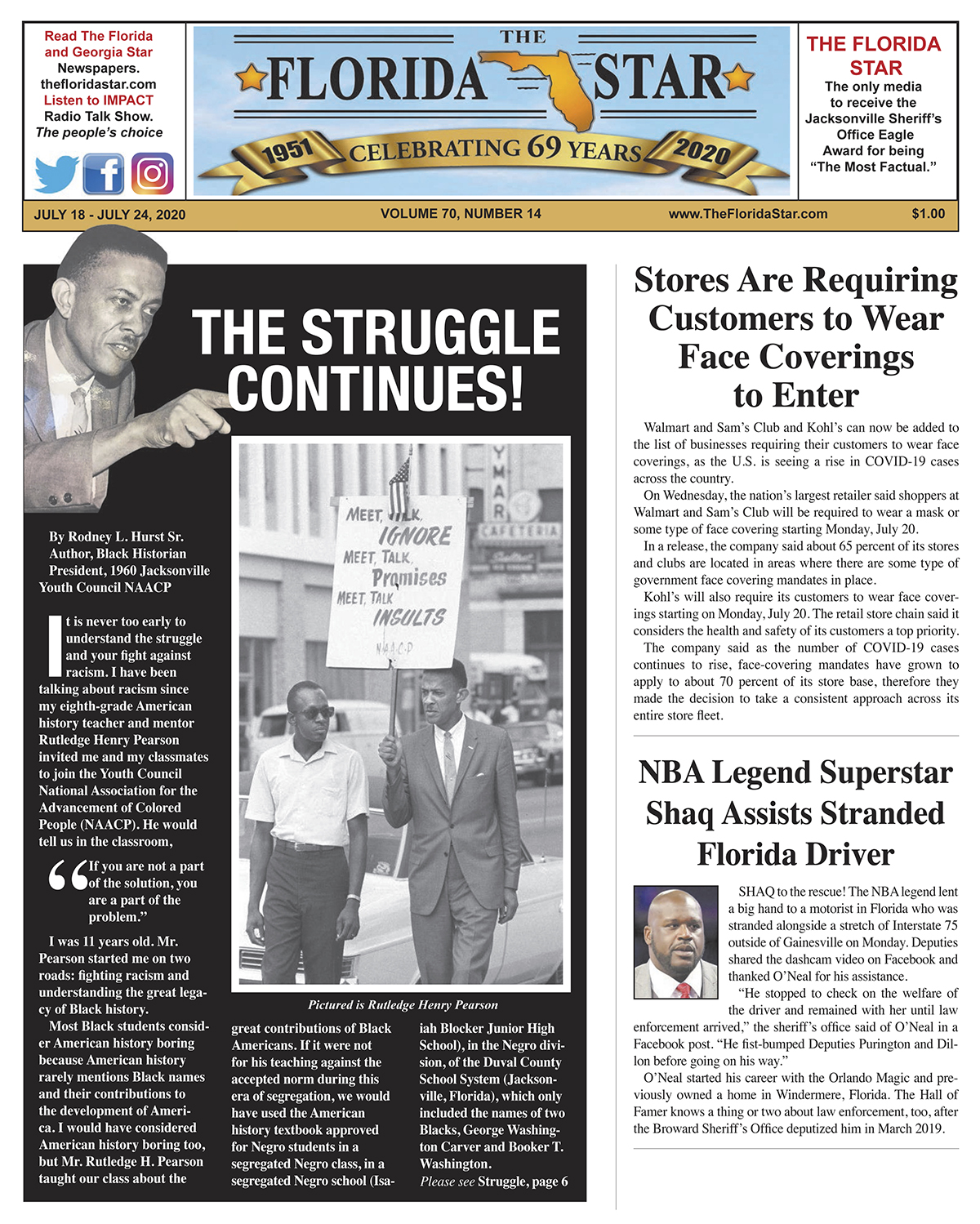 Front Page of the July 20, 2020 issue of the Florida Star. The Florida Star  was founded on April 15, 1951 by Eric O. Simpson, the first Black inducted into The Florida Press Association Hall of Fame. Today, the newspaper is owned and published by Clara McLaughlin and continues to be the source for news and education pertaining to the Black community. Opio Sokoni is the general manager.